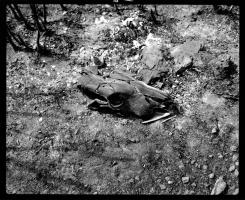 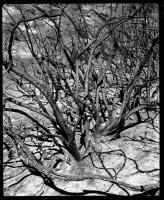 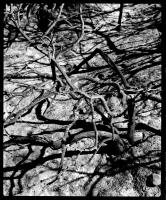 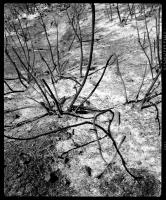 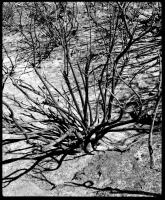 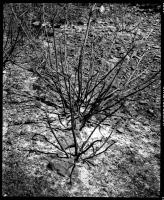 It has been argued that all western thought can be traced back to the presocratic philosopher Heraclitus of Ephesus. Of Heraclitus’ monumental work About Nature, exactly 1,243 words survive – a total, by the latest count, of 114 fragments.  Three of these fragments consist of a single word, and of these, the shortest is just four letters long: ákea. This rare ancient Greek term can mean “cures”, but also has the sense of “atonements” or “sacrifices”. Its precise context is of course irrecoverable now, but it seems in harmony with the basic tenets of Heraclitean thought as expressed through some of the other surviving fragments, and in particular the idea of purification through a real or metaphorical fire. For Heraclitus, fire was one of the three basic elements of the universe as well as an agent of cyclical regeneration; as he reminds us in another fragment, fire when it comes will judge and condemn all things.

I have been working with and around Heraclitean texts for some time now, starting with Three Heraclitean Elements (1991). ákea: atonements is the development of a smaller work originally made for the Photography Centre of Athens in 1994, and was first shown in its final form in the monastic dormitory of the 14th-century Estonian castle of Kuressaare in 1995. The images are of burned and calcinated vegetation photographed on a Greek island within a few hours of a brush fire, while the ground was still hot and covered with a drift of fine grey ash. Austere representations of a fired landscape or tabula rasa from the southernmost edge of Europe, their import and context is universal.
John Stathatos (1996)