The Book of Lost Cities 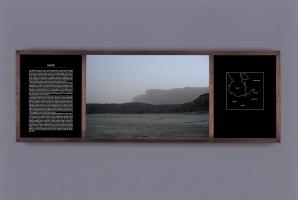 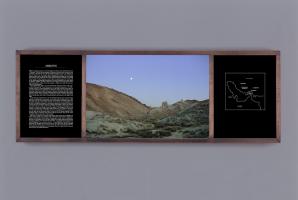 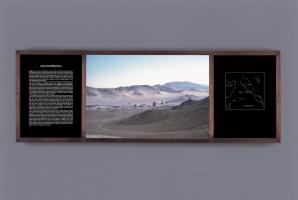 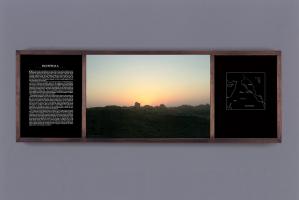 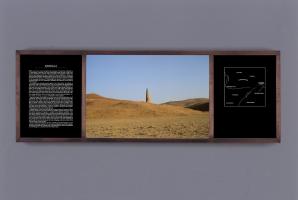 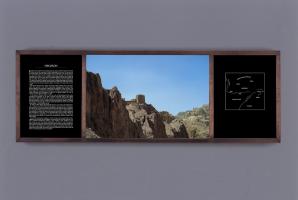 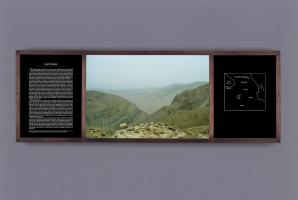 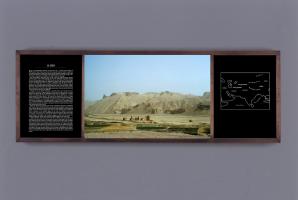 The Book of Lost Cities (1996) consists of ten backlit transparencies housed in wooden boxes reminiscent of museum display cases, each accompanied by an original text and a schematic map. The work plays upon the ambiguous nature of the photographic image, upon the powerful authority of scholarly texts and upon the fluctuating interpretation of historical and archaeological evidence. It is also a commentary on the way landscape is shaped and interpreted by history. Finally, like history itself, it is a labyrinth weaving truth and fiction into an inextricable whole.
J.S.

History
The first version of The Book of Lost Cities was commissioned by the Rencontres Internationales Photographiques of Arles, constructed by Rencontres technicians on the artist's instructions, and first shown in June 1996 at the Musée de l’Arles Antique. It was later exhibited at the Forum Culturel du Blanc-Mesnil, Paris, between May and July, 1997, and subsequently destroyed by the artist. The work was completely redesigned and rebuilt prior to its first British showing at Wigmore Fine Art. It was also published as an artist's book, produced by ex pose verlag, Berlin in 2005.