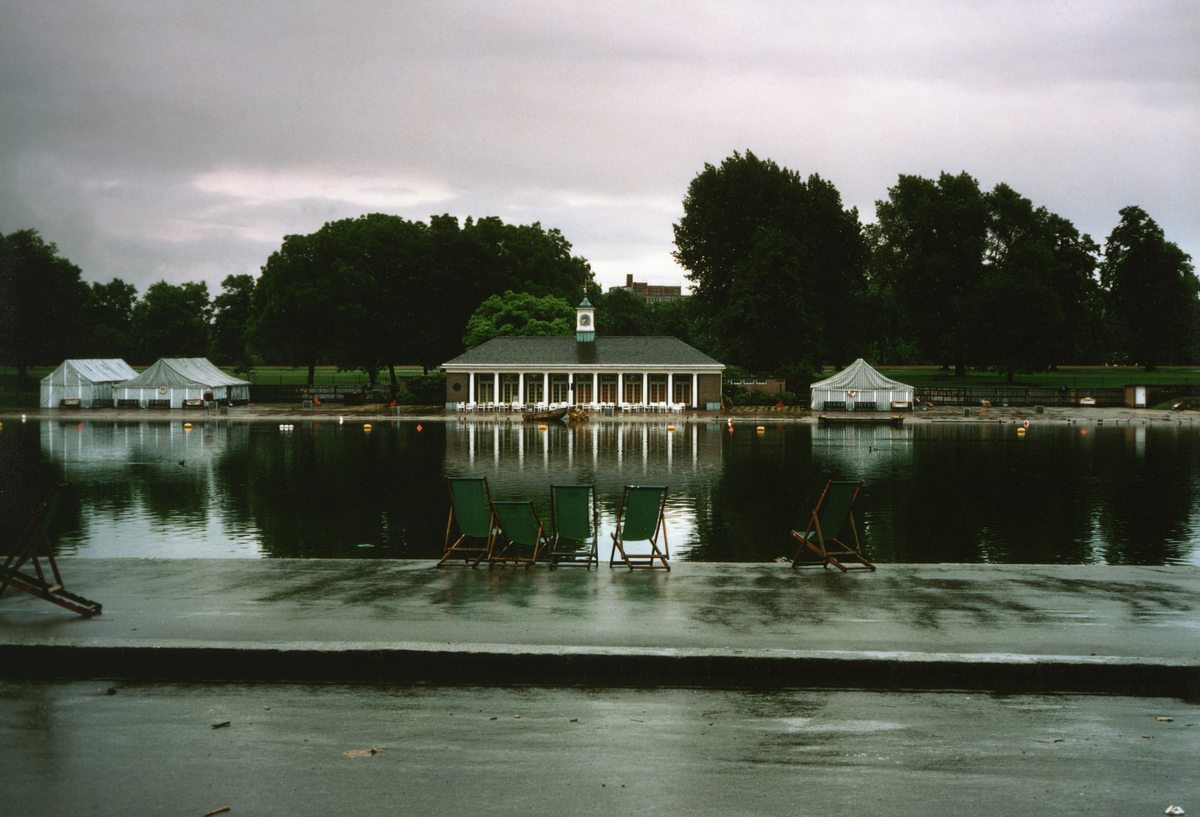 "City Light is a colour sequence about London's urban landscape, but the photographs, taken mostly between 1980 and 1982 on 35mm Kodachrome (and a few on Ektachrome) were primarily an attempt to seize and record the way in which fluctuations of light at different seasons and different times affect the way we see the city. In particular, I was concerned with capturing those few moments at dusk, at the time the French call entre chien et loup, when natural and artificial light vie with one another."
J.S.