The Gardens of the Hesperides 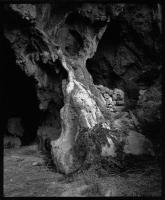 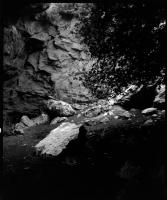 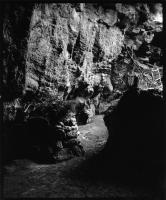 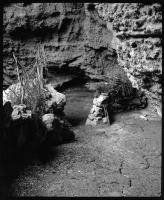 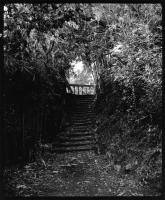 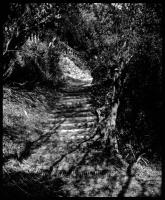 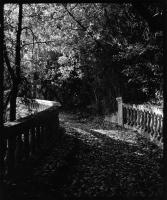 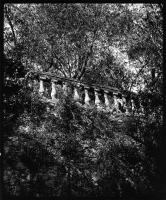 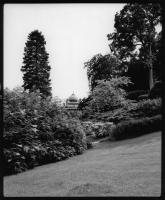 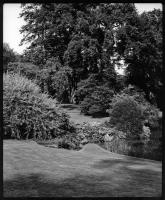 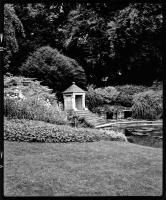 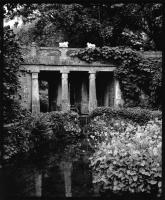 The Gardens of the Hesperides

The garden was a country of the memory.
Jean Starobinski: The Invention of Liberty

Hesperides: the ‘Daughters of the Evening’ who guarded the tree of golden apples in a garden at the far western edge of the world.  Later associated with the evening or western star, and later still with the Three Graces.  First in Greece, later in Rome and later still in France and Britain, the Gardens of the Hesperides signified a mythical Arcadian paradise “far across the sea” (cf Robert Herrick's Hesperides).

The Gardens of the Hesperides comprises twelve large (165x145 cms) black & white photographic prints divided into three parts. The work touches upon a number of interwoven themes, including cultural history, particularly that of the Mediterranean; the interplay between landscape and history; and the survival of classical concepts, ideas and myths. Part I consists of four images of an abandoned sheepfold in a Greek cave; the ceiling of the cave has fallen in, and a giant fig tree has taken root under the open sky.  Shepherds and sheepfolds were staple elements of the Arcadian romance; this is the real thing, though already more than halfway transformed into archetype. Part II consists of four images of a semi-abandoned garden at Villa Carnevale, Pugliola, Italy.  The gardens were designed by the villa's British owner in the neo-classical style during the 19th century. Part III consists of four images of Sezincote Gardens in the Cotswolds, where Humphrey Repton designed a house and grounds in the style of an Indian fantasy. Thus, the work moves westwards from Greece to Italy and Britain.  All three parts deal with the fantastic in landscape, but always in terms of an increasingly complex cultural matrix.  Whereas part I harks back to the original Arcadian and pastoral context, part II depicts an Italian garden designed by an Englishman according to the dictates of a taste formed by the neo-classical ‘rediscovery’ of Greece, and part III, set on the far western edge of Europe, closes the circle with the representation of an orientalising fantasy set into the most archetypal of British landscapes.

The progression through the three sections is echoed by the physical characteristics of the prints and by the imagery; there is a movement from dark to light, and from the enclosed to the increasingly open.  In all four sections, the viewer becomes aware of the uneasy tension between order and disorder imposed on the landscape by man, from the tumbled, almost fortuitous fragments of wall in Kythera, to the exuberant growth crowding over the paths and balustrades in Villa Carnevale and the immaculate English lawns of Sezincote.