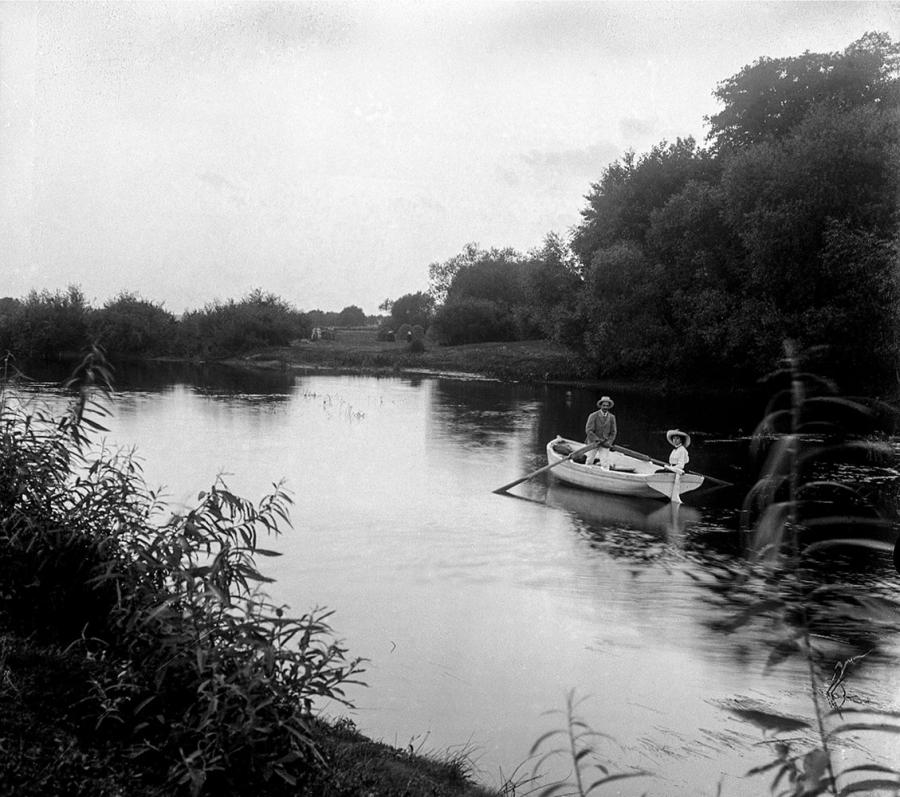 Mary Paraskeva was born on the island of Mykonos in 1882. Her father, Nicolas Gripari, a scion of one of the oldest island families, owned a flourishing grain business based in Odessa, a cosmopolitan Black Sea city with a significant Greek population. The family owned the vast 12,000 hectare estate of Baranovka in the Volynia region of NW Ukraine (now Baranivka, in the oblast of Zhitomir). Apart from thousands of acres of valuable timberland, the estate enclosed a manor house which included the Τower of Maria Walewska, Napoleon’s Polish mistress, as well as the eponymous and then famous porcelain factory.

We don’t know exactly when Mary Gripari, as she was then, developed an interest in photography, but it must have been at a relatively early age, most likely before she was twenty. According to family legend, she was first instructed in the use of a camera by her elder brother George. Her youth and adolescence were spent on her father’s estate, by that time a millionaire, consul of Greece and noble of the imperial Russian court. In 1903 she married Nicolas Paraskeva,  a significantly older civil engineer living in Alexandria whom she accompanied to Egypt. There she became a part of the Greek and European society of Alexandria and met her lifelong friend Argine Salvagou, younger daughter of the Greek writer Penelope Delta.

Delta, who never warmed to her, wrote in her memoirs: “That winter I met the ‘sorceress’, the newly married Mary Paraskeva. She read my palm and predicted that I would go through a spiritual  crisis…”. And she added, “her eyes are dark. They never laugh”. In point of fact, almost none of the many photos of Paraskeva ever show her laughing – at most, she betrays a discrete smile.

She returned to Baranofka for extended stays on several occasions, the last two in 1910 and 1914. There, she adopted what was, for that time, an eccentric and deliberately dramatic outfit: long, midnight-black skirt, black blouse, black scarf and a tight black headscarf with a fringe falling over the forehead. In the photographs taken of her at the time by Argine Salvagou, she resembles a sophisticated and unusually glamorous gypsy fortune-teller.

War broke up the Baranovka idyll. In 1916, Paraskeva and most of the Gripari family abandoned the estate for the provisional safety of Odessa before seeking refuge in Alexandria. The Bolshevik revolution of 1917 brought to an end the old Ukrainian socio-economic system, while the ill-judged intervention of a Greek Expeditionary Corp in the 1919 civil war sounded the effective end of the centuries-old Greek presence in Crimea.

There followed years of a prosperous lifestyle in Alexandria and Athens, interspersed with frequent visits to cosmopolitan watering spots like Paris and Venice. This second period of Paraskeva’s life was brought to an abrupt end by two successive blows: the international financial crisis of 1930 bankrupted her husband, who had invested all their fortune in property speculation, while he himself died the following year. In 1932, Mary Paraskeva withdrew to Mykonos, her family’s island of origin, where she was to live until her death in 1951; a familiar and popular figure, she was known for her works of charity, particularly during the difficult years of war and occupation.

Her photographs survive in the form of a large number of glass stereoscopic positives (hyalotypes), a small number of larger glass positives and a very few glass negatives and prints. The bulk of these have been donated by her great-nephew Petros Griparis to the photographic archive of the Benaki Museum in Athens. Mary Paraskeva’s photography did not break any new ground, artistically speaking. In general, her technical abilities were limited, probably because she was largely self-taught.  Furthermore, she showed little interest in technical developments in the field of photography, remaining faithful to increasingly outdated equipment. It most probable that while the results of photography were of importance to her, she showed little interest in the medium itself.

Nevertheless, her photographs make her the earliest recorded Greek woman photographer whose work has survived in quantity and in depth over time. They include images of Greece, Egypt, France, Switzerland and Italy, as well as a large body of maritime imagery of all kinds. The most important part is probably her record of life in pre-revolutionary Crimea, including intimate upper-class portraits as well as scenes of village and town life. At their best, her family photographs from Baranovka have some of the light-hearted joie de vivre of Lartigue.