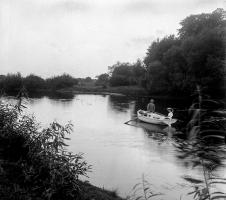 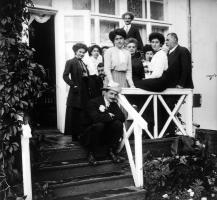 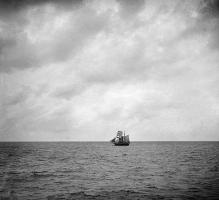 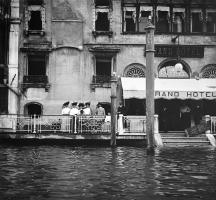 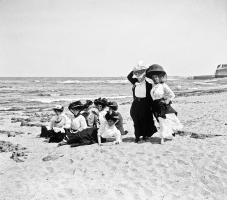 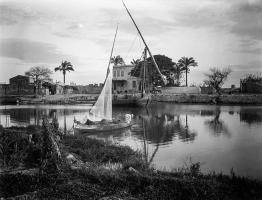 Mary Paraskeva was born on the Greek island of Mykonos in 1882. Her father, Nicolas Gripari, a scion of one of the oldest island families, owned a flourishing grain business based in Odessa, a cosmopolitan Black Sea city with a significant Greek population. The family owned the vast 12,000 hectare estate of Baranovka in the Volynia region of NW Ukraine (now Baranivka, in the oblast of Zhitomir).

Mary Gripari, as she was then, was raised largely in the Crimea.  In her late teens she developed an interest in photography which she maintained over many years, making her the first recorded Greek woman photographer whose work has survived in depth. In 1903 she married Nikos Paraskevas, a Greek engineer based in Alexandria. She travelled widely in Europe and the Mediterranean, mostly in the pre-war years, and maintained a second home on Mykonos. She died there in 1951.

Her photographs survive in the form of a large number of glass stereoscopic positives, a small number of larger glass positives and a very few glass negatives and prints. Mary Paraskeva’s photography did not break any new ground, artistically speaking, but her best work has an undeniable vivacity and freshness. It includes photographs of Greece, Egypt, France, Venice and the Alps, as well as a large body of maritime imagery of all kinds. The most important part is her record of life in pre-revolutionary Crimea, including intimate upper-class portraits as well as scenes of village and town life. At their best, her family photographs from Baranovka have some of the light-hearted joie de vivre of Lartigue.
John Stathatos

Exhibition history
Mary Paraskeva's large surviving archive of stereoscopic slides and glass negatives has been donated by her great-nephew Petros Griparis to the Benaki Museum in Athens. Three preliminary exhibitions introducing the work of this previously unknown pioneer Greek woman photographer have been held on Greek islands: in Kythera (Sep. 2014), in Chania, Crete (September 2016) and in Mykonos (July 2017). The third exhibition, organised in collaboration with the Benaki Museum, included a rather larger selection of prints, and was accompanied by a small catalogue.