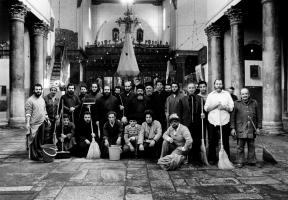 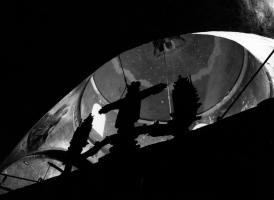 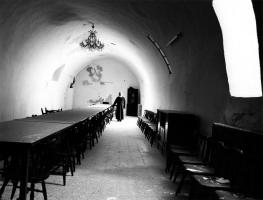 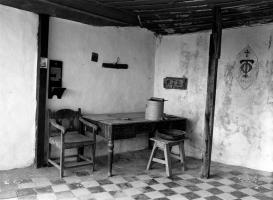 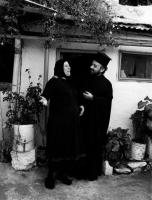 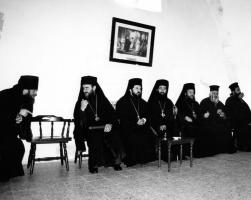 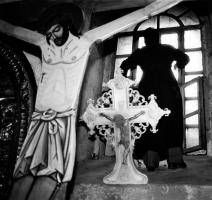 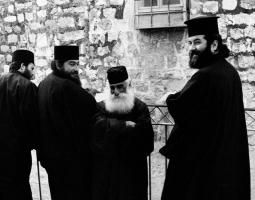 60 black and white photographs of the Orthodox patriarchate of Jerusalem, the Brotherhood of the Holy Sepulcher, the Orthodox monasteries of Palestine and the declining secular Greek presence in Jerusalem, photographed during a two-month stay in the winter of 1982-83. Locations include Jerusalem, Bethlehem, Mar Saba Monastery, Mount Sarantarion Monastery (Karantina), Mar Elias and others.